Wearables: Are They Any Good. 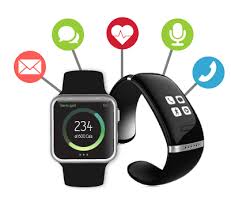 Today there is a wide range of small, relatively inexpensive devices and mobile apps available which allow us to track many aspects of our daily life. Activity trackers like the Fitbit record how many steps you’ve taken, how many calories you’ve burned and how many hours you’ve slept. A National survey in 2007 showed that only 41% of Irish adults took part in moderate or strenuous physical activity for at least 20 minutes three or more times a week. Compare this to the recommended guidelines for all adults (150 minutes of moderate intensity exercise a week) and you can see why this is a concern.

That’s why monitoring physical activity is a really exciting concept. If using a Fitbit helps motivate and encourage us to increase our physical activity that can only be a good thing, right? Let’s take a look at some of the common criticisms of these devices:

The Fitbit is a commercially available and relatively affordable device – it’s not going to be as accurate as the top end technology used in scientific studies. But how accurate are they? A review of 22 studies published before 2015 showed reasonably high validity for measuring steps on the Fitbit but not for energy expenditure and sleep.  Other studies also indicate that the Fitbit is less accurate when exercising on an incline, and that for best results for step counts you should wear the watch around your ankle.

A pedometer is a basic device that measures how many steps you take. So in theory, yes, the Fitbit is a glorified pedometer. It measures more variables, and probably has better technology, but if counting steps is all you need, then a good pedometer may suffice.

This one is person specific. A recent study of 800 users in Singapore had mixed results. After 1 year Fitbit users were getting 37 minutes more exercise per week, which is promising. However, it didn’t result in improvements in health outcomes.

Research aside, if devices like the Fitbit work for you personally – if they get you taking more steps, moving more and sitting less than you previously were – then the rest is all irrelevant. I spoke to several friends and colleagues who feel they are moving more and healthier because of it.

Don’t want to splash out on the latest technology? There are plenty of ‘old school’ ways to monitor your physical activity. Self-report diaries using the FITT principle can record the Frequency (eg 3 x week) Intensity (60-70% max heart rate) Time (30 minutes) and Type (run) of exercise you are doing. If you need help with how to start logging your exercise, call Rebalance Physiotherapy at 01 441 0100.