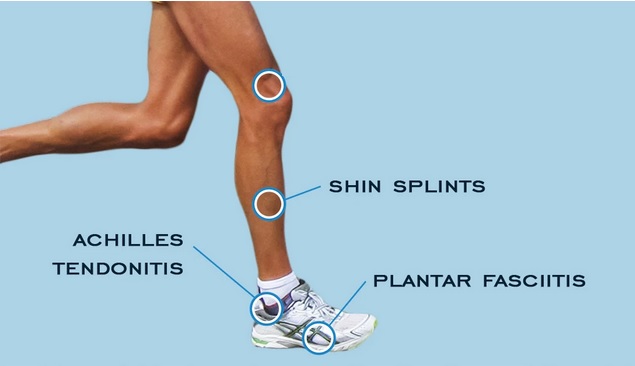 Running is one of the most popular and accessible forms of exercise, and with increasing interest in recent years there are more opportunities now than ever to become involved in the sport be it a couch to 5K, a park run or training for a marathon. Despite the countless health benefits running has to offer, most involved in the sport experience injury, with the reported incidence of lower limb injury as high as 79%. Though there are inevitable traumatic injuries, most lower limb injuries in runners are attributed to overuse.

Abrupt changes in training load are associated with increased risk, limiting the increase in training load to 10% per week is a useful rule of thumb to ensure incremental increase as opposed to risky increases in demands. Training in other sports reduces the incidence of running injuries which bolsters the concept of cross training in protecting athletes from injury. Running surface is another variable that can diminish the chance of injury, with increased injuries sustained by running on concrete.

In this blog series we will look at the most common running injuries; Shin splints, Achilles tendinopathy and plantar fasciitis.