Runners Have Much Healthier Hips Than... 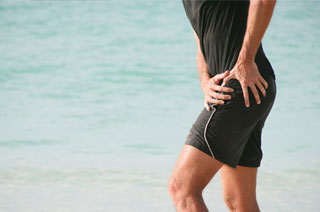 Its easy to understand why arthritis has been linked to running. Every run consists of thousands of steps, each one pounding on the pavement. Creating a shock through the body, each one absorbed by the knee or hip joints. Runners are frequently sidelined due to injuries - tendonitis, meniscal tears, and some even have to retire due to severe hip or knee pain.

Most medical research is proving these theories wrong.

A recent study in Medicine and Science in Sports Exercise has provided interesting results against our initial instincts. The study looked at almost 75,000 runners, 15,000 walkers and whether they had been diagnosed with hip arthritis or had received a hip replacement.

In the seven year that the study was conducted, 2,000 runners were diagnosed with hip arthritis and 259 had replacements. In the walking group, there were 700 diagnosis and almost half as many replacements (114).

The Researchers look at what might be contributing to the higher levels of hip replacements in the walking group. It was found that the runners had a lower BMI than the walkers. The runners were slimmer than their walking counterparts. The runners average BMI was in the healthy category, while the average walker was just over this in the overweight category.

The distance of the races run by the runners didn't effect their chances of having a hip replacement or being diagnosed with arthritis. The same was found for their running speed or the frequency that they ran races.

However, their history of running slightly increased the risk of having a hip replacement, but funnily enough didn't change there chances of developing arthritis.

The study also found that while other exercises (not specified) increased the risk of developing arthritis, running reduced this to less than walking. If you have any symptoms of hip arthritis or want to strengthen your hips have a look at the video below on strengthening you hip muscles. These are important in not only preventing hip injuries, but also for minimizing the risk of meniscal tears, patellar tendonitis, chronic ankle sprains and even ACL tears.