Rugby Most Common and Severe Injuries 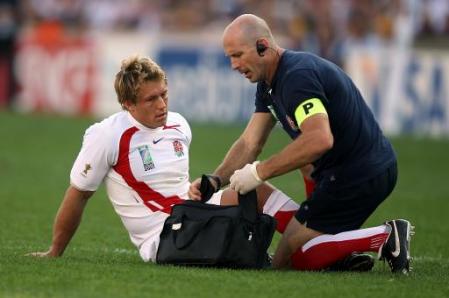 Following on from Irish Rugby's highly successful 2018, rugby seems to be dominating the arena of sporting conversation at the moment with high hopes for this year's 6 Nations Championship (ignore the English result!) and the up coming Rugby World Cup in the autumn. For most, the physicality of the sport is a huge part of rugby’s appeal and excitement for player and spectator alike, and unfortunately for those on the pitch, that doesn’t come without consequences in the injury stakes.

Analysis of the data collected following 2015’s rugby world cup showed that the vast majority of injuries happen during match play as opposed to training. Just under 90% of these injures were non-recurrent, meaning they were suffered by players for the first time. So, what are the most common injuries in rugby? What are their consequences? Who’s most likely to get injured on the field of play? And how do these injuries occur?

So what impact do these injuries have on the players and their teams? From a time loss perspective, some injuries have more severe implications than others. The average time loss from play for athletes carrying knee ligament damage is 88 days. Hamstring strains take an average of 41 days before players are fit for return to play. Whereas players who sustain concussion are back on the pitch within 8 days on average.

One intriguing outcome from the study was the impact that positions had on the prevalence and type of injuries sustained by athletes. Overall, backs turned out to have a 25% higher injury rate than their allies in the forward line.  However, it’s not all good news for the forwards as it transpires they’re three times more likely to endure a hamstring injury than backs.

Most injuries happen during match play. The most common injury periods are the second and third quarters of the match; before and after half time. Overall, a quarter of injuries happen when players are tackled. The second most common mechanism of injury is initiating a tackle which accounts for 21% of injuries, while 16% of match injuries occur during sprinting.  Not failing to acknowledge those who are injured during training, nearly half of training injuries occur during semi-contact skills training.

So that’s the what, the who and the how. In our rugby blog series, we’ll be breaking down the three most common rugby injuries; hamstring tears, knee ligament sprains & concussion and preventative measures that can be put in place for player welfare.