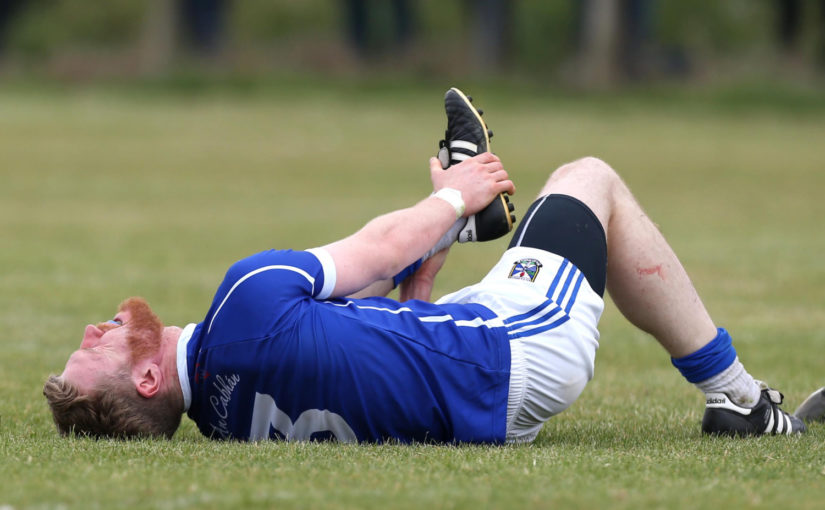 Ankle sprains most frequently occur at the anterior talofibular ligament (ATFL) which is at the outside and front of the ankle. The calcaneofibular ligament (CFL) is second most common site of a sprain which is at the outside and be the ankle. The ATFL and CFL are generally injured by an inversion injury, or when the foot turns inward placing excessive strain on the ligaments. The deltoid ligament is at the inside of the ankle and are generally injured by the ankle rolling in asthe knee comes over the toes. Syndesmosis sprains occur at the ligament just above the ankle which connects the tibia and fibula, these are injured when the foot twists outwards. They are much more uncommon than deltoid, CFL and ATFL sprains accounting for only 1% of all ankle sprains.

Ankle sprains have a considerable burden on GAA players and teams. They account for 6.5% of time-loss in the sport. The average absence from play following an ankle sprain at elite level is 24.5 days.

The recurrence rate is 13.5% meaning prevention programs are key to player and team welfare. Rehab programs should include lower limb strengthening and flexibility that integrates the big muscle groups of the calf, peroneals, tibialis anterior smaller ankle muscles. There should also be an emphasis on proprioception, the awareness of the joint in space in order to assist athletes with foot positioning that avoids excessive ankle movement and associated strain on the ligaments.