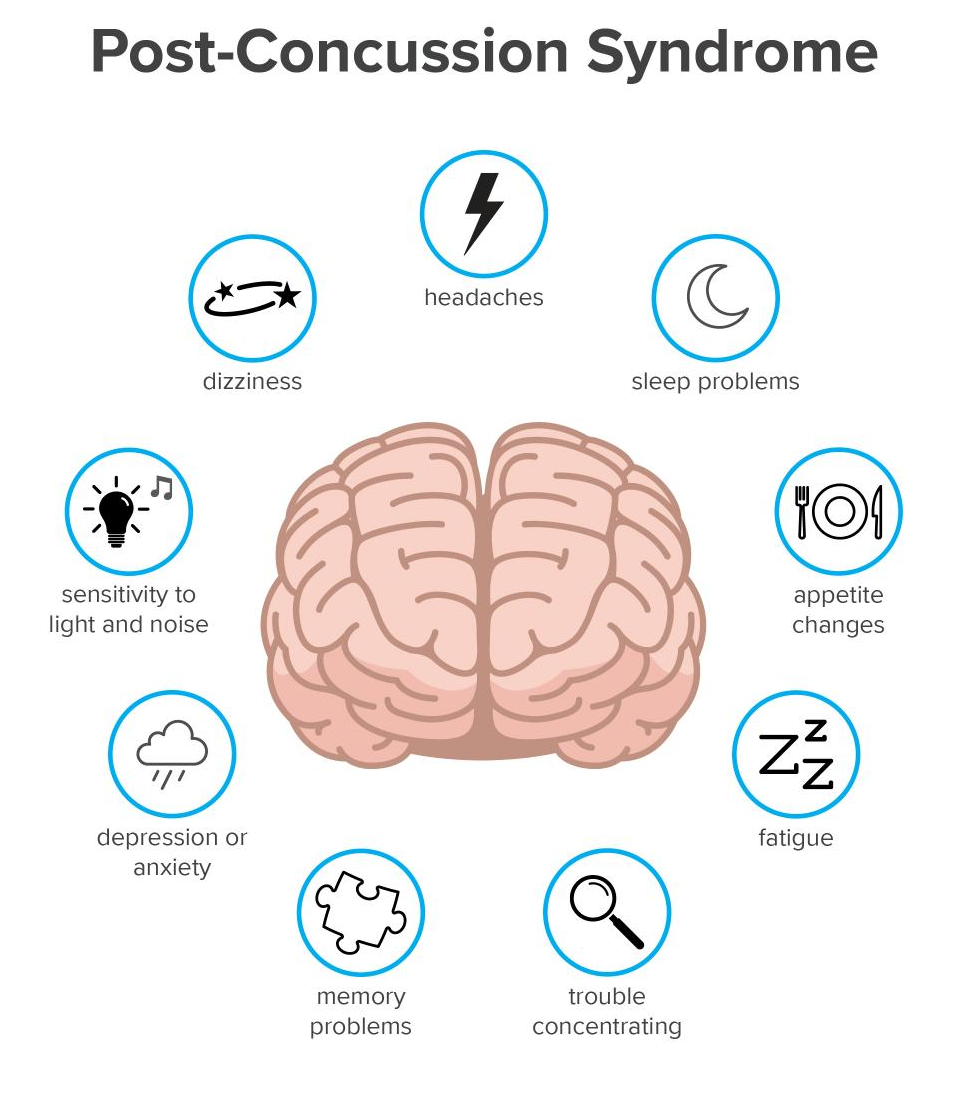 Concussion represents a mild traumatic brain injury caused by rapid acceleration, deceleration and rotational forces, stretching the neural structures and ultimately altering the brain’s function. However, as the brain has a good capacity to recover from knocks to the head with 80% of concussions resolving in 7-10 days.

In post-concussion syndrome symptoms persist longer than would be expected from the nature of the injury. Dizziness, balance deficits and postural instability are frequently reported post concussive symptoms and highlight disturbances to the functioning of the vestibular system. Visual disturbances including blurred or double vision and/or sensitivity to complex visual environments such as busy supermarket ailes are also frequently reported. Vision plays an important role in balance, gait, driving and other activities of daily living, and therefore, disturbances can have a profound effect on our ability to do our usual activities or go to work causing significant psychological distress. Visual field deficits may also present a safety hazard as poor spatial awareness and depth perception can increase the risk of tripping, bumping into objects and falling.

There can be many reasons for persisting symptoms, for example, a knock to the head of any sort can dislodge 'grit' in the balance parts of the ear causing dizziness (BPPV). There are other potential complications of head injury that a doctor may need to look for but usually there is no specific reason found for symptoms and tests such as MRI brain scanning are normal.

What happens is that after experiencing an injury, 'volume knobs' in pathways in the nervous system become 'turned up'. These include pain pathways, as well as sensory pathways involved in symptoms like dizziness. The brain is usually very good at filtering out sensations so that we can concentrate on the ones that we need. After a bang on the head this process can go wrong for a variety of reasons additional pain signals and sensory signals can get through.

Normally those 'volume knobs' get turned down again and the 'brain filters' are restored as you slowly recover but in post-concussion syndrome they stay turned up, or even become increased further over time.

Injuries to the cervical spine can also contribute to post concussive symptoms. The cervical spine is richly innervated with receptors that inform the body of the position of the head relative to the body and have many shared connections with the vestibular and visual systems in maintaining a steady gaze with head movement, ability to maintain upright and maintain our balance. Dysfunction of the cervical receptors due to concussion related neck injury alters the sensory information sent to the brain and its integration with vestibular and visual system producing sensory mismatches that leaves us feeling unbalanced and difficulty maintaining a steady gaze, particularly with head movement.