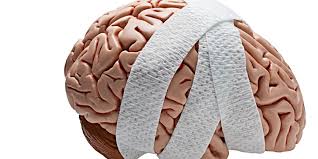 Dr. Bennett Omaru, a forensic pathologist who pioneered the research on chronic traumatic encephalopathy (CTE) found in American football players. He found that CTE, a disease of the brain, was linked to repeated concussions in football players.

A concussion is defined as a head injury with a temporary loss of brain function. A popular myth is that you have to have been ‘knocked unconscious’ to get one. This is not true. As long as the mechanism of injury is there (eg a direct punch to the head, or head on collision in a rugby game etc.) there is possibility of a concussion. The majority of sport-related concussions occur without loss of consciousness or obvious neurological signs.

If we see an obvious potential mechanism of injury, we need to look at whether any of the below symptoms are present:

Once you RECOGNISE a suspected concussion, the most important thing to do is REMOVE that player from play. He or she should then be evaluated by a doctor or appropriate healthcare professional immediately. The most appropriate treatment for a concussion is physical and mental REST until symptom free. The player should not be left alone. Mental rest means resting even from reading, television etc. until the symptoms have gone away. Your doctor will advise the appropriate timeline and should liase with a physiotherapist to guide a gradual RETURN TO PLAY program. It is crucial not to jump back into full contact play without going through the stages of the graduated return to sport program.

Concussions are temporary. If managed correctly the symptoms you get initially whether it be a headache or confusion will go away. And just because you’ve had 1 or 2 possible concussions in your lifetime of playing sport, doesn’t mean you will end up with any brain diseases. However, there is a serious risk involved with repeated head collisions over time in sports like American football. Correct training techniques to avoid head injuries, appropriate protective wear, early recognition and management of possible concussions, will all limit those risks considerably and make the sport more safe and enjoyable for all involved!